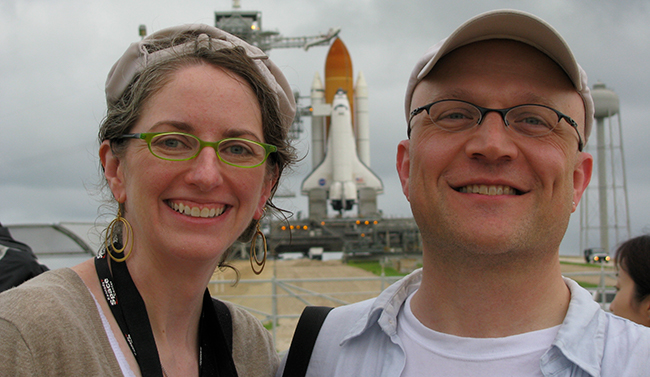 Anna Leahy and Douglas R. Dechow write Lofty Ambitions blog, which covers aviation and spaceflight, science of the 20th century and beyond, and writing as a couple. The couple has published in The Atlantic, Airplane Reading, Air & Space Magazine, and Curator. They have a photo essay in Fifth Wednesday, and their photos and story of the end of the Shuttle program were picked up by the BBC HERE and HERE. Doug and Anna hold a fellowship at The American Library in Paris in fall 2016. Their book Generation Space: A Love Story is forthcoming in April 2017 from Stillhouse Press. 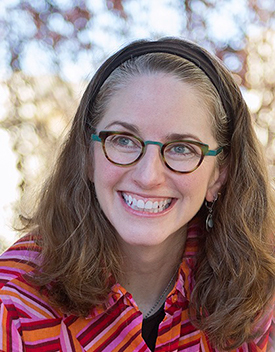 Anna’s new poetry collection entitled Aperture is out from Shearsman in early 2017. Her previous collections include Constituents of Matter, which won the Wick Poetry Prize; Sharp Miracles in a three-chapbook volume; and Turns about a Point. Her poems are published widely.

In fall 2017, Anna’s nonfiction book Tumor will become part of Bloomsbury’s Object Lessons series, an innovative exploration of hidden lives of ordinary things. Conversing with Cancer, her co-written book about how patients, caregivers, and healthcare providers can improve communication, will be out in 2017.

Anna’s edited book Power and Identity in the Creative Writing Classroom launched the New Writing Viewpoints series at Multilingual Matters. Her book What We Talk about When We Talk about Creative Writing continues the important work of documenting and analyzing creative writing pedagogy and the academic profession; it appeared in 2016 as part of the tenth anniversary of the series.

Anna teaches in the MFA and BFA programs at Chapman University, where she edits the journal TAB and curates the Tabula Poetica reading series. She is the Director of the Office of Undergraduate Research and Creative Activity and the Associate Director of the MFA in Creative Writing.

Anna has been awarded residencies at Dorland Mountain Arts Colony, Ragdale, and the Vermont Studio Center. She earned her PhD at Ohio University, her MFA at the University of Maryland, her MA at Iowa State University, and her BA at Knox College. 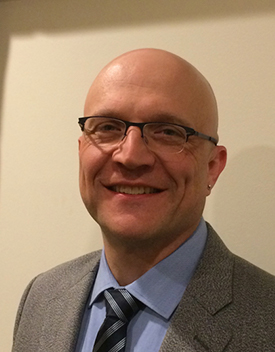 Doug’s day job is as the Digital Humanities and Sciences Librarian at Chapman University in Orange, California. He is the Curator of the Roger and Roberta Boisjoly Challenger Disaster Collection, and he works with a collection of NASA artifacts and documents and on a traveling exhibit and presentation based on the collections at Leatherby Libraries.

Previously, Doug worked as a Research Computer Scientist for Tech-X Corporation, where he was based at Fermi National Accelerator Laboratory. He has worked as an Abstractor/Indexer at the NASA Center for Aerospace Information (CASI), where he helped maintain the space administration’s online database RECON.

His books include The Craft of Librarian Instruction, co-written with Julie Artman and Jeff Sundquist, and Intertwingled: The Work and Influence of Ted Nelson, a collection of essays by computer visionaries based on the conference he coordinated this past spring. He is the co-author of SQUEAK: A Quick Trip to Objectland.

Doug was awarded a scholarship to attend a week-long workshop at the Norman Mailer Center to work on his novel-in-progress, The Watchmaker. This novel is a cross-country spy thriller set during the Manhattan Project. Doug has been awarded writing residencies at the Dorland Mountain Arts Colony and Ragdale to continue his writing.

At the Association of Writers and Writing Programs Conference, Doug presented as part of the “Purloining the Letter,” in which writers examined the use of archival materials in creative projects. He presented again at AWP 2015 on the possibilities of interplay between creative writing and digital humanities as one of the contributors to the book Creative Writing in the Digital Age.

At the Modern Languages Association Convention, Doug presented a paper about Chapman University’s Freedom Without Walls, a month-long celebration of the 20th anniversary of the fall of the Berlin Wall that he co-directed in 2009 and that ties in with his interests in The Cold War. He and his co-authors published an article version in Teaching German.

Doug is actively involved in the Center for American War Letters at Chapman University. He also helped coordinate the YA80 Conference to honor the accomplishments of physicist Yakir Aharonov in 2012 and the week-long Einstein’s Universe program in 2011, featuring physicist Brian Foster and violinist Jack Lieback. In January 2011, Doug led a GIS session at THATCamp SoCal. He was awarded a fellowship for THATCamp Victoria in 2011.

Doug earned his MSLIS from the University of Illinois Graduate School of Library and Information Science, his PhD in computer science from Oregon State University, and his MS in math from Ohio University. He is an alum of Knox College, a liberal arts college in Galesburg, Illinois, that ranks in the top 3% nationally for proportion of graduates who go on to earn PhDs.